Time to continue with my Vintage Illustrators series, which I started last month with Robert McGinnis. Today I’m going to share with you the art of Robert Maguire, another of my top favorite vintage illustrators.

Robert Maguire (1921 – 2006) was one of the most important illustrators of the 20th century, and he was best known for his film noir inspired illustrations, which featured glamorous women.

Redheads, brunettes, blondes…He featured attractive women in danger or inspired by film noir aesthetics. He created over 600 covers for different publications in the 40s, 50s and 60s, specializing in pulp fiction stories. He’s one of the greatest pulp artists of all time. 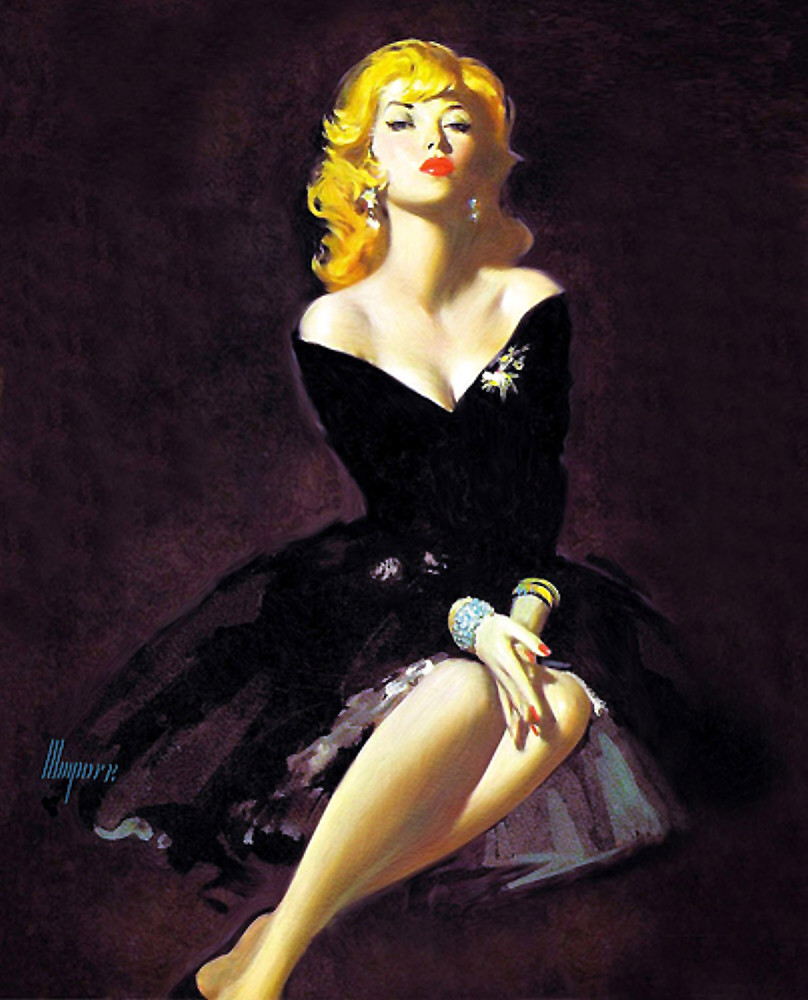 His femme fatale illustrations drew a lot of attentions. He portrayed attractive, romantic and yet dangerous women, who would play with fire and guns if necessary.

Have a great week folks!
I’ll try to update the blog more often, I promise! xx