Driben was a pin up illustrator born in Boston. When he was still a teenager, he started to work for a local newspaper and soon his illustrations made it to the pages. In the mid/late 1930s he was already a famous illustrator: his artwork had been published in magazines such as Beauty Parade, Eyeful or Flirt. His pin ups were a bit sultry, provocative and sexy compared to other pin up illustrations. He began to publish his work at Beauty Parade in 1941, and during WWII he even painted airplanes. 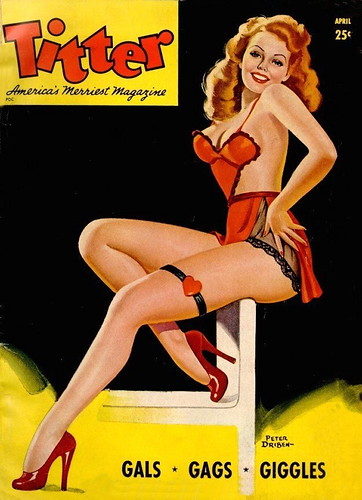 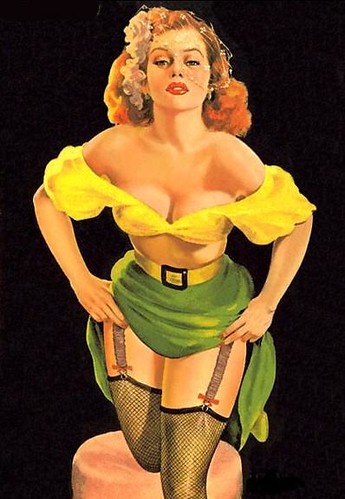 Blondes, redheads, brunettes…all her pin ups posed in sexy poses and with a naughty look in her eyes. He definitely created vintage vixens and bad girls for adult magazines between the 1930s and 1960s,

In the late 1960s, before his death, Driben opened an exhibit to showcase all his work through the years. Nowadays he’s remembered as one of the most popular pin up artists from the 20th century.