Hot Rod fans sure know about Veda Orr, the first female to compete at the races in Southern California.
Since 1937 she drove roadsters and participated in lake races, even winning awards for her work. Veda Orr was more than a hot rod driver: she also wrote about the scene during wartime. She started the SCTA news, where she wrote news stories and newsletters about races in the dry lake. She also sent her stories to servicemen far from home and from the races.

Veda Orr’s husband, Karl, was also involved in the Hot Rod scene in California during the 1930s. She wanted to follow her husbands path and sure did. She had a 1932 Ford Roaster and was a member of a car club, competing against other men. In 1946, after the war, Veda Orr published her first book: Veda Orr’s Lake Pictorial. This book – maybe better to call it a pamphlet – contains black and white photographs from the races at the dry lakes in California, as well as explanations of the winners and people who made these possible. Veda Orr published the book by herself.
Such an inspiring character that deserves to be remembered
xx 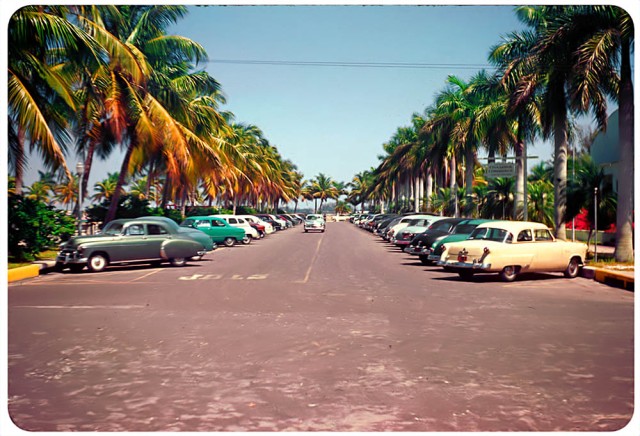 Summer is the right time to go on vacation. But where?
Whether you have plans to go abroad or just plan on relaxing where you live, I just wanted to share with some inspirational and relaxing pictures from the 50s and early 60s in North America. 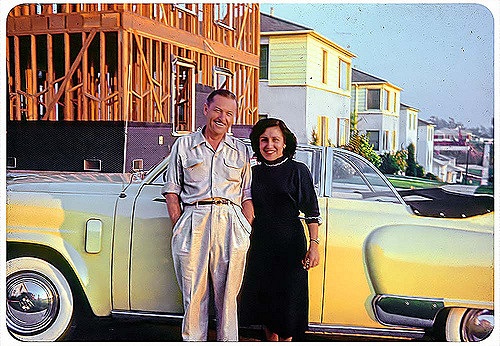 Driving in your Cadillac, passing by avenues packed with palm trees and art deco houses or even having a bath by the sea…These photos instantly transport me to a quiet and warm place. 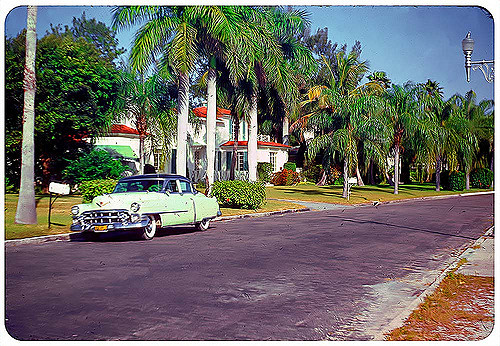 Seeing these photos makes me want to visit the States again. I’m thinking on doing a blog post about my experiences there – I think they’d be useful – so expect a bunch of new articles coming up soon! 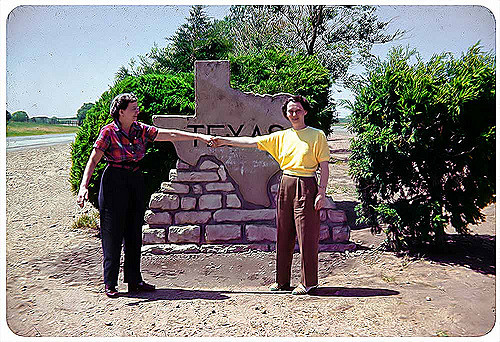 And I’m definitely visiting Palm Springs next time I’m there! Looks like paradise to me 🙂 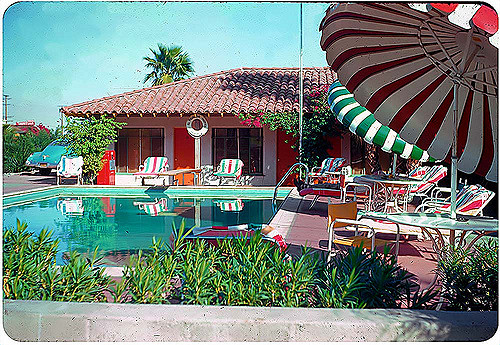 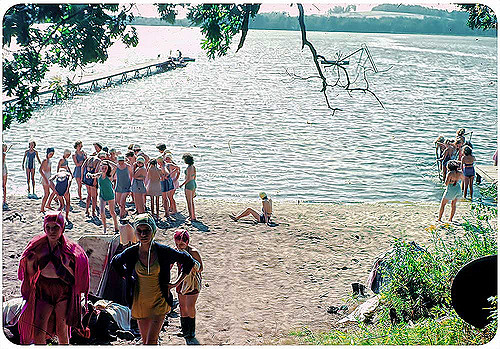 Hope you are all enjoying the month of July. It’s bloody hot in Spain!
Photos from Flickr

One of my ultimate inspirations is the singer and actress Brigitte Bardot, who turns 80 this month. She was discovered young, during her teens, and soon became an European star in french films during the 50s and the 60s. She refused to go to Hollywood, and after becoming a sex icon in the mid 60s due to her romance with singer Serge Gainsbourg, she retired from the Film industry. From that moment until present, she dedicates her entire life to animal rights. She also founded a fundraising association to defend animals worldwide. She refused to age through the lens, and decided to dedicate all her power and influence to those who suffer the most: animals.

If you want to get into her filmography, make sure to check And God Created Woman and Le Mépris, probably her most popular films. 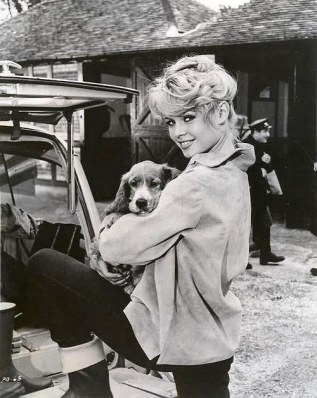 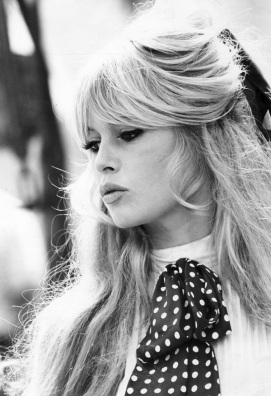 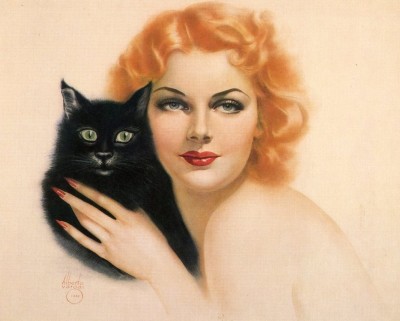 As you may have noticed, I am an art nerd. I’ve always loved visiting museums and wandering through art galleries, just for the fun of it. Art gives me power and brings me happiness. When I first got into vintage, way back in my teens, I discovered the beautiful illustrations made by artists such as Gil Elvgren, Jon Whitcomb and Alberto Vargas. They have inspired me so much since I was a weird teenager interested in old things rather than dating boys and partying, and I owe this to my grandma, who used to collect illustrations.

Alberto Vargas (1896-1982) was a Peruvian artist who became famous due to his pin up illustrations in the 1940s. His type of illustrating young women would be soon coin the term “Vargas Girls”, because of his type of creative work and palette of colours. He also illustrated celebrities from the era and made several collaborations with magazines, such as Esquire and Playboy. I love the design of his pin up girls: very neat, simple but detailed at the same time.

Have a great week! x 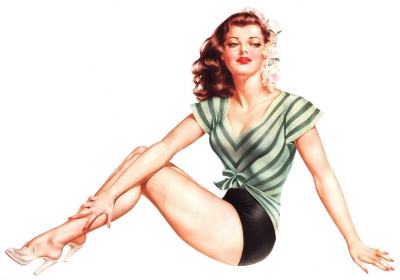 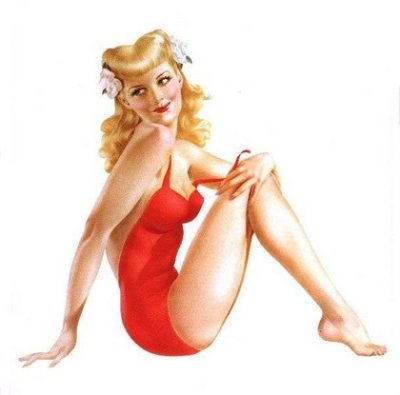 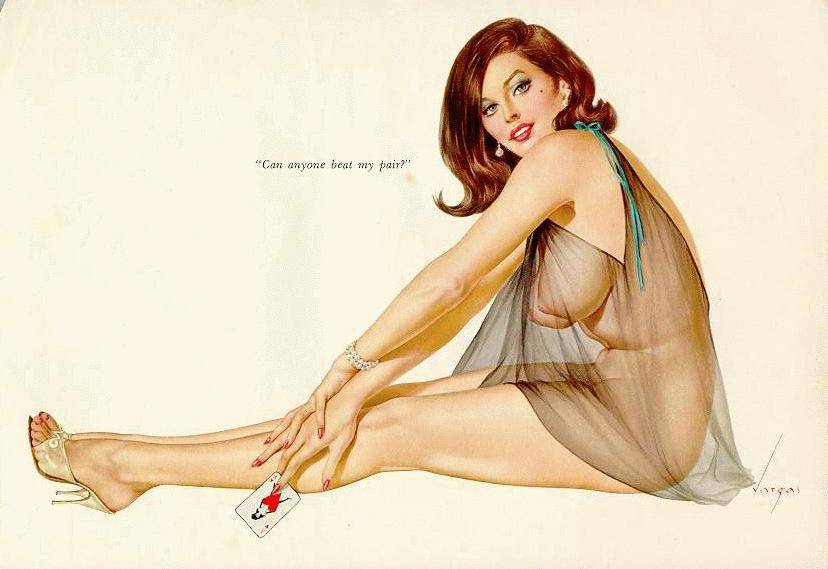 Hello lovelies! How’s it going?
I will become a redhead in the next few days and lately I have been seeking for inspiration to get the perfect tone. Since I was a little girl I have dreamt of becoming one, but never were brave enough to try it. So just to let you know that you will no longer see the light brown haired girl on here 😉
Although I am officially on holidays and I have free time for myself, I won’t be posting on here that often. I need to settle up my life right now and start the official preparations for my Etsy shop, which will be up soon. (Excuse the delay!)

The first time I started my obsession with ginger people was when I read the Harry Potter books. I have been a nerd all my life, you see. I wanted to be a Weasley and be different from other people. Later on, my passion for red haired people would increase with Mad Men, which has become my favorite tv show and one of the reasons why I got into vintage. From the very first moment I saw the stunning Christina Hendricks on screen I knew I had to be like her. Not only her curvy shape encouraged me to feel confident about my body, so did her hair, which inspired me so much.
I could name many other actresses and movie stars that have inspired me through my life, and many of them had/have read hair: Maureen O’Hara, Ann-Margret, Joan Crawford and Clara Bow, to name just a few.
Red hair has always been associated with passion, romanticism and sexuality, three aspects that are key in women. Classic Hollywood starlets with red hair often portrayed adventurous and provocative women, while brunettes and blondes would be seen as naive, virginal or cold blooded. Luckily those stereotypes have changed in film industry.

So who’s your favorite redhead? 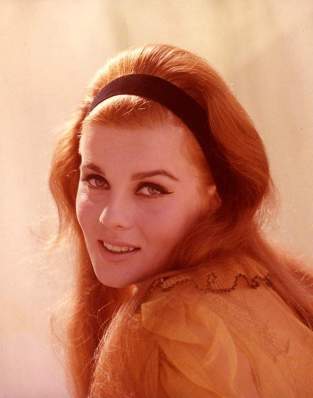 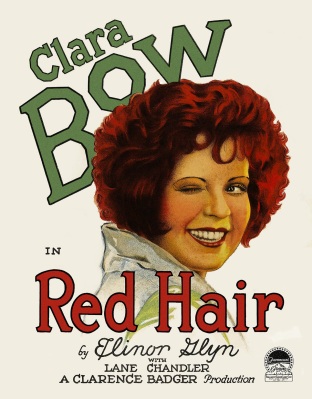 She is probably one of the most beautiful redheads from the big screen. I didn’t know much about her until I saw her on a Mad Men episode. She definitely caught my attention, and Don Draper’s as well.
Ann-Margret is a singer and actress born in Sweden that at earlier age moved to the US, where she would start a successful career. Although she first wanted to be a singer, her voice didn’t convince music producers, so she soon appeared on the big screen.
She became a sex icon after starring with Elvis Presley in Viva las Vegas, where they both heat up the screen. If you haven’t seen the film, you’re terribly late. Look at those moves…they sure became more than friends! 😉

She explored her sexy side, and despite her short height, she became a sex symbol of the decade. Her red hair is now iconic, as well as her appreciation for animals.
Have a great weekend! x 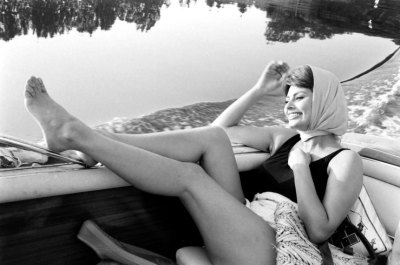 One of my all time style inspirations is the stunning Sophia Loren. She was a total babe back in the day and still can rock. I hope I can look that fabulous when I’m nearly 80 years old!
She has always been proud of her italian heritage, from portraying charismatic women in American Cinema to showing to the public her mediterranean life with her husband, Carlo Ponti.
Her popularity, along with Marilyn Monroe, made curvy women feel and look sexy.
I haven’t seen many of her films (I know, How could this be possible? haha) but If I had to choose any, I would definitely stick with one in which she shares her thoughts and feelings with the handsome Marcello Mastroianni.
She could rock the femme fatale look and either look like a princess. Lei è unica! 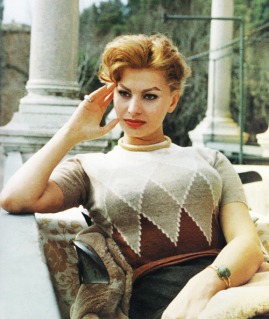 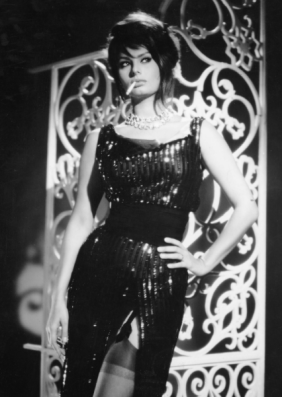 We all know who she is. She first blew our minds in 1994, and since then, she has become an iconic figure. And not only a film icon; Uma Thurman‘s portrayal of a young and adventurous wife has inspired many women from all over the world.
Quentin Tarantino created a fascinating character inspired by pulp stories from the 50s, adding a modern twist to the character.
Her perfectly cut bob, her daring expression, and Uma Thurman’s charisma have already made Mia Wallace eternal. There’s one in every costume party, and many women have found an inspirational character to look up to.
Why? She represents women in a unique way; she can be feminine and also be bossy and fabulous.
Now, shall we drink a 5$ milkshake to celebrate?
Happy Friday! 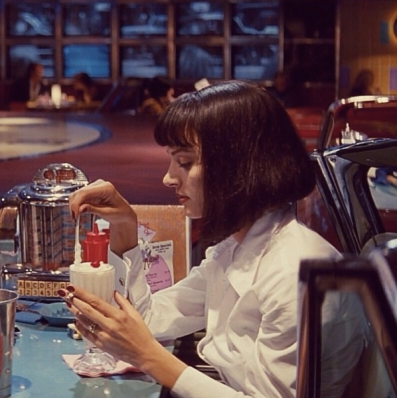 What Can we say about the beautiful Anna Karina? She was a total babe back in the 60s, thanks to the Nouvelle Vague and her soon to be husband, director Jean-Luc Godard. She has starred in masterpieces such as Vivre Sa Vie, Pierrot le fou and Alphaville. Probably one of the most controversial characters she portrayed was in Vivre Sa Vie, where she played a young and intellectual prostitute who sold her body to experience new things.
Not only she became Jean-Luc Godard‘s muse: she also became his wife.
Her style has changed throughout the years, but always keeping it classy and very european. Look at her carefully: she could rock a beret, look fabulous with messy hair and beautiful with no make up on. 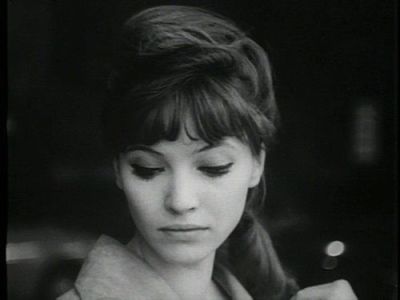